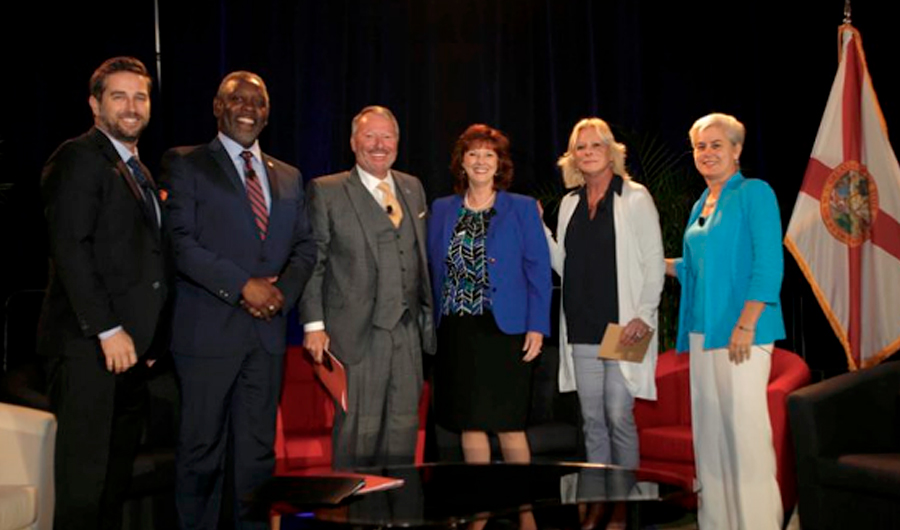 Mar 30, 2019 (orlandoweekly.com) As part of the 2019 Orange County Regional Economic Summit on Friday, a panel of local leaders noted some of the large-scale changes coming to the region in the Orlando Economic Partnership’s 2030 report.

The 2030 report projects that Central Florida will add roughly 1,500 people per week, buoying the population to over 5.2 million residents, up from the current 4.3 million people who call Orange, Osceola, Seminole, Lake, Brevard, Volusia and Polk Counties home.

The estimate is a bit alarming because Orlando is one of the worst metros for affordable housing. A recent study by the National Low Income Housing Coalition found that the Orlando metro area currently has only 13 affordable and available rental homes for every 100 extremely low-income renter households.

The 2030 report also estimates that industry employment will grow by 19 percent – 10 percentage points faster than the U.S. average – and will create about 500,000 new jobs, with the fastest growing industry likely to be in home and healthcare services.

By 2030, more than 135,000 additional students will be enrolled in schools, which will create a demand for more than 29,000 new teachers. As for transportation, roughly 600,000 more personal vehicles will be traveling Interstate 4 within about a decade, according to the report.

During a presentation, Orange County Mayor Jerry Demings said that more than 52,000 job were created last year in Central Florida, a more than 4 percent increase over the previous year, and a state-best. Demings cited several of the region’s prominent corporations, such as Lockheed Martin, Mitsubishi Hitachi Power Systems and the “$6 billion modeling, simulation and training industry representing 30,000 jobs with an average salary of over $78,000 annually,” according to news release on the county website.

Central Florida is currently the top overall region nationally for job growth for the fourth consecutive year, according to the Bureau of Labor Statistics.

For the past two years, Central Florida has also been seventh overall nationally on the Milken Institute’s Best Performing Cities index.

“Our job projections are similar to the state but stronger and growing at a faster rate. Orlando continues to outpace Florida and national economy,” Snaith said. “We are in a pretty good position.”

Snaith also pointed to how the Central Florida region is the 47th largest economy worldwide, barely behind Portugal and Romania.

“We want Orange County to be known not only as the premier place to do business, but as a home for the entrepreneurial spirit and a hub for innovation,” Demings said. “That starts with invigorating a culture of top-notch customer service in our Orange County Government operations.”

Demings adds: “From the top down, we are evaluating our policies and procedures to help optimize the development process and seek out efficiencies. We must not forget that time is money for businesses.”