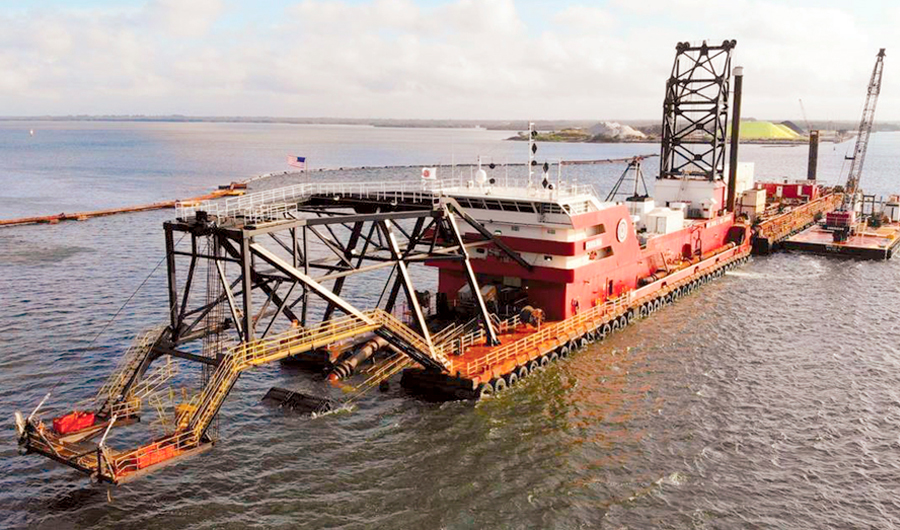 The Sunshine State has 15 commercial seaports, but only Tampa is directly linked to Interstate 4, a west-to-east corridor seen as key to Central Florida’s growth. The access to I-4 is so important, the Florida Department of Transportation partnered with the port to build a truck-only ramp from the facility to the interstate, according to Florida Ports Council CEO Doug Wheeler.

In fiscal 2018, Tampa Bay saw its container traffic jump by 60.7% to 90,000 industry-standard 20-foot-equivalent units from 56,000, Wheeler said. Tampa Bay, the state’s largest port in terms of land, handles a lot of aggregate cargo, such as limestone, sugar, salt and fertilizer, according to Wheeler.

The Big Bend Channel expansion was funded by the U.S. Army Corps of Engineers, the Florida Department of Transportation, Port Tampa Bay and two of the largest port users, The Mosaic Co. and Tampa Electric, according to port officials. The Mosaic Co. is a producer and marketer of concentrated phosphate and potash, used for crops.

Central Florida cities among fastest growing in US